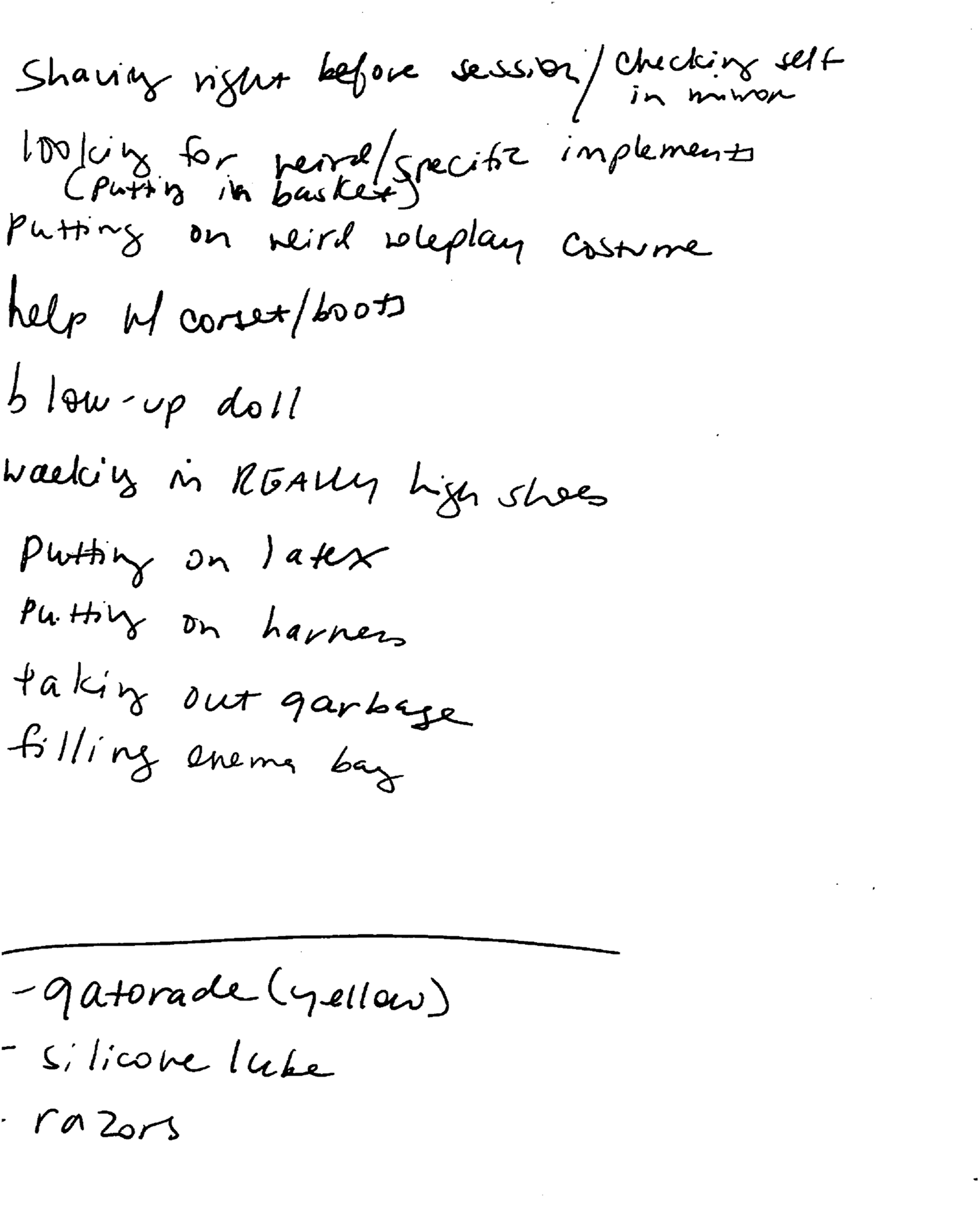 So it seems appropriate to mention the other film about sex work I’m working on — it’s a cycle of twelve shorts (or more if I get to them) called, simply, WORK. Yes, I know I kind of overdo it with the all-caps thing. I probably don’t use em dashes appropriately either.

The first one called “Timewasters” appears below, and is a comedic short film featuring two dommes who are waiting for clients who will never show up, as emails they have written to the dommes are read in voiceover. (Yes, the emails are real client emails, only altered to make them keyword unsearchable at my consultant’s request.)

WORK Episode 1: Timewasters from The One That Got Away on Vimeo.

What I love about this is that every piece in the cycle will either be inspired by things I have gone through or things other sex workers have seen or done. I believe in the power of narrative to do the best job of capturing the truth of sex work, but that’s only possible with more than just one voice harmonizing in the work.

The top image is some of the ideas floated by one of the workers I’ve consulted (with a few of my own peppered in there)… I never have been great at preproduction.