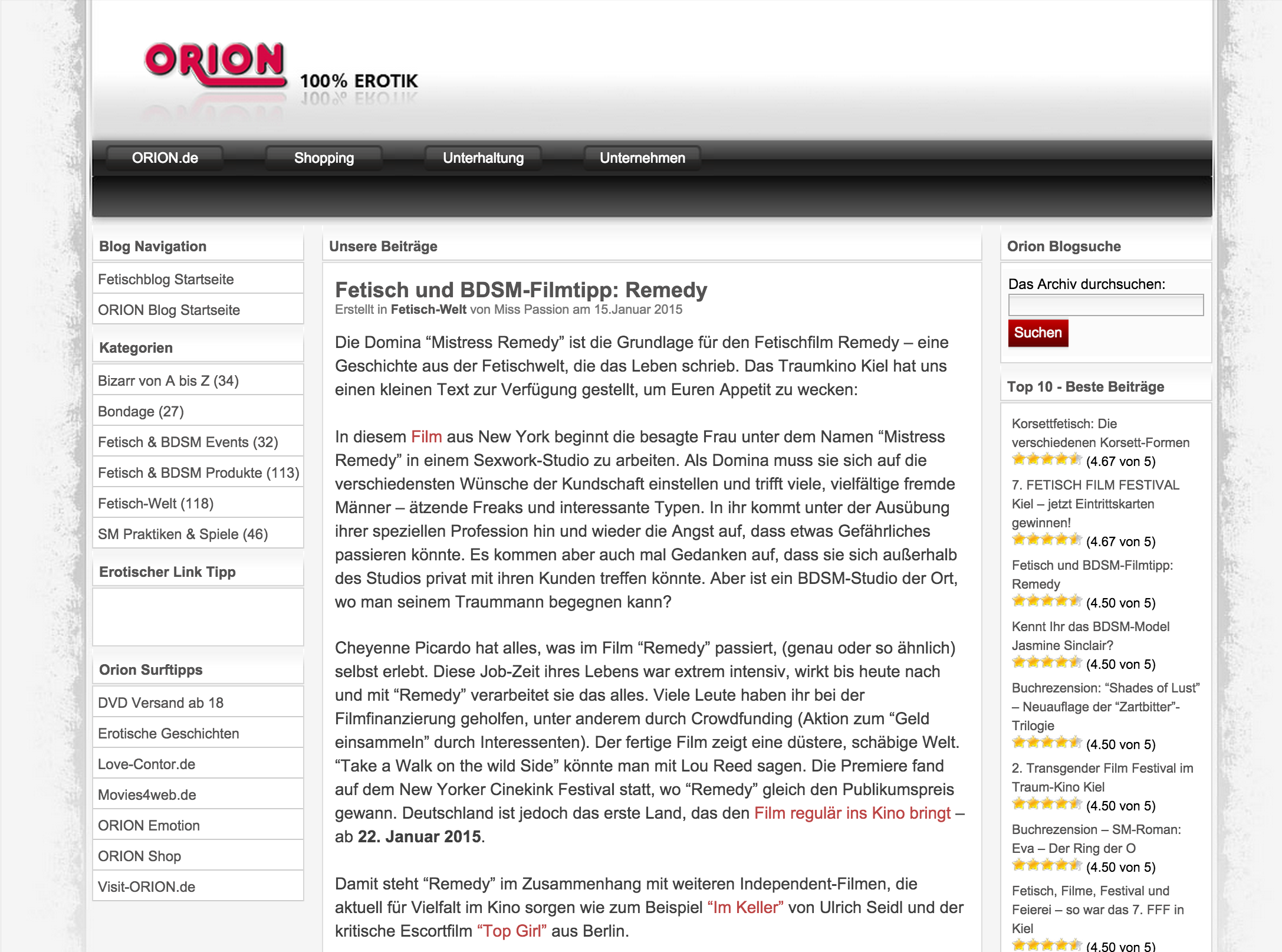 The finished film depicts a dark, dingy world. “Take a Walk on the Wild Side” as Lou Reed would say. – Miss Passion (Orion)

Click here to see the original blogpost by Miss Passion!