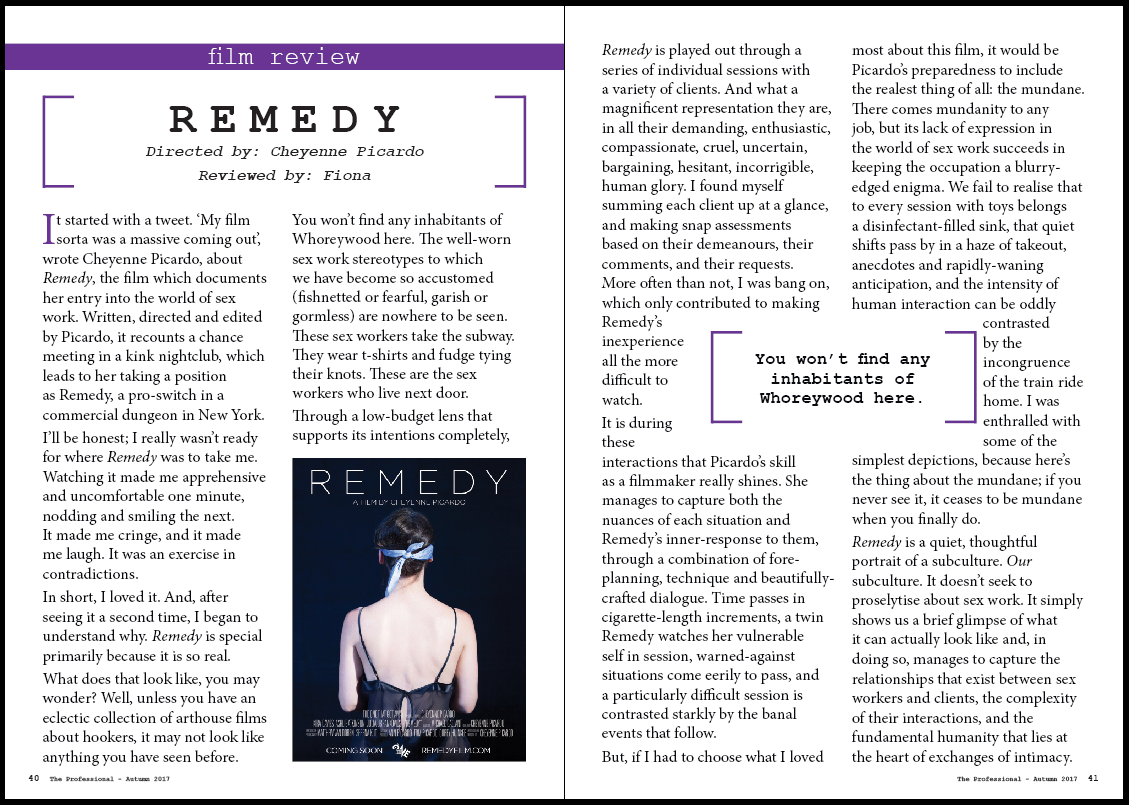 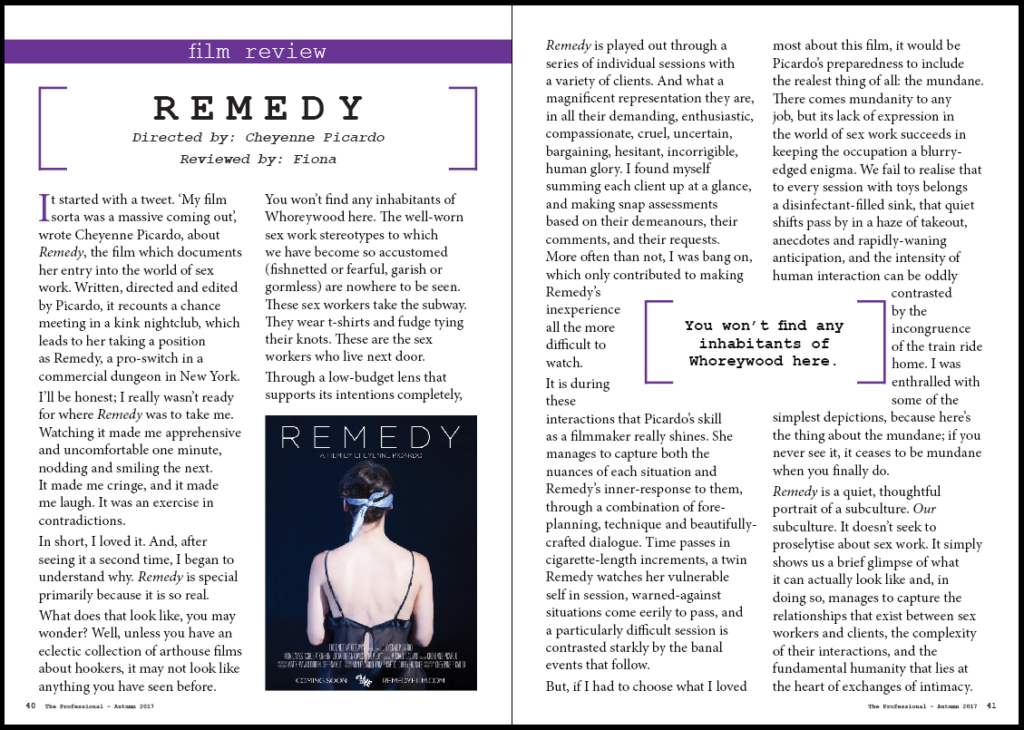 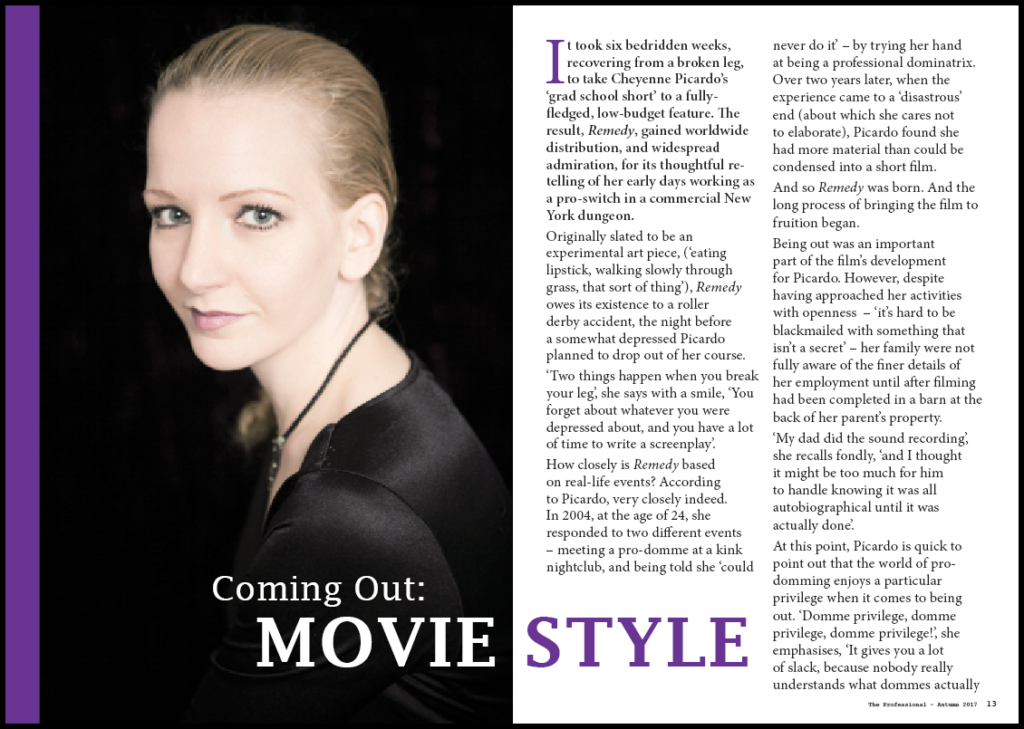 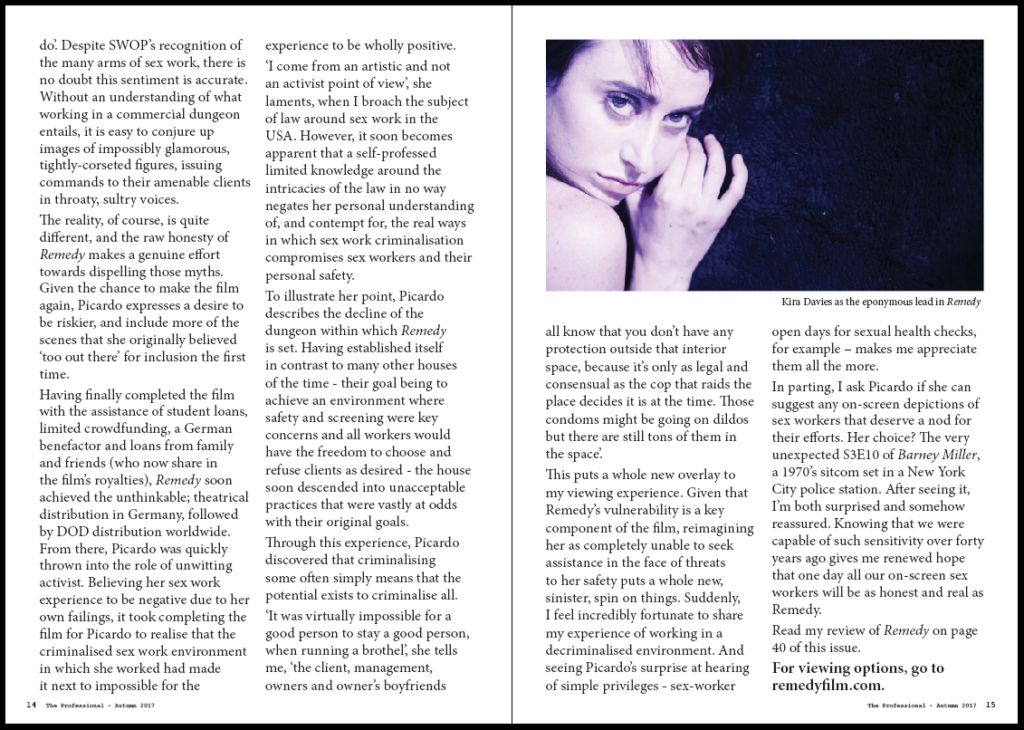 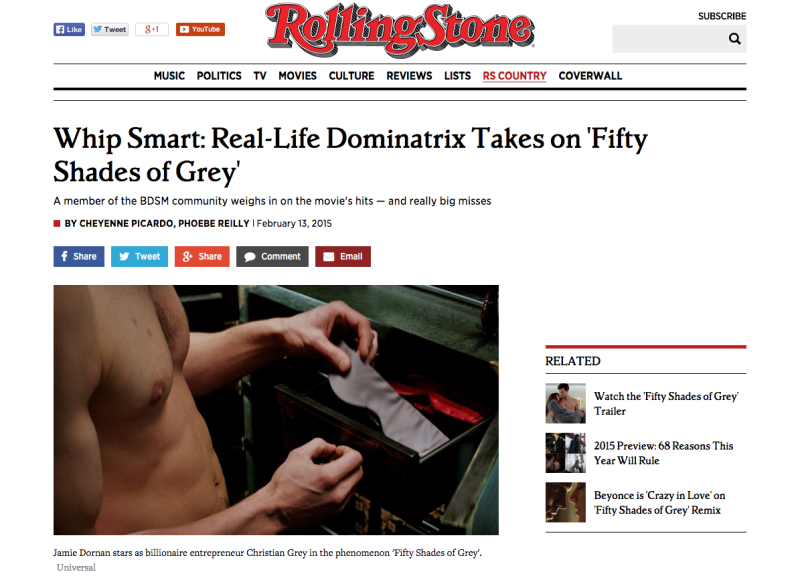 Not about my movie, per se, but about The Movie and The Book that is the primary reason I have way better SEO than I deserve. (Spoken like a true submissive.)

I chugged the book last weekend, and while the movie was pretty darned dreadful, the conversation I had with the reporter was fantastic. We chatted for over two hours, so I did not envy her having to first transcribe everything I rambled about and then distill it to what you see in this article.

One thing that didn’t make it in here is my questioning why RS and so many other publications are tapping people from the commercial BDSM industry for their takes on the film rather than asking civilians, who frankly would be far better positioned to critique this film. *I* happen to be kinky at home, but being a pro-domme is not necessarily indicative of personal bedroom preferences. I understand the mainstream misconception. If you want to interview a really good baseball player, you interview a professional baseball player. But this is not analogous in the case of kink. Good top does not mean pro top. Good top might mean pro bottom. Good pro might mean that once you leave work you never want to see a flogger again as long as you live. I hope that a few pubs start tapping just ordinary kinky people, and not necessarily Scene Celebrities either. While the reactions from kinky bloggers are definitely adding to the conversation in a much needed way, it would be nice if journalists realized that the act of interviewing a few of them would do a lot to up kink’s credibility.

(In other news, I say “like” far too frequently for a woman who’s about to turn 36.)