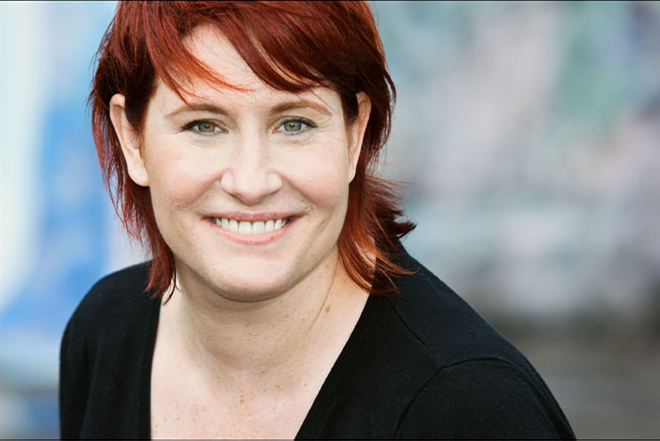 Nicole Godino’s regional credits include The Empty Space, Solange (The Maids); Open Circle, The Horse (The Balcony); AHA! Theatres, Desdemona (Goodnight Desdemona, Good Morning, Juliet) and Athos in The Three Musketeers: The Musical!!! (created with Eddy Levi Lee). She has also worked at Milwaukee Rep, where she performed in A Christmas Carol, and understudied for Molly in Molly Sweeney and Hanna in Arcadia.

She is a founding member of Resonance Ensemble in New York City. Resonance credits include Vasilia (Lower Depths), Lady Bracknell (The Importance of Being Earnest), and Senator Bracknell (Strange Bedfellows). Other NYC credits include Katherine in The Taming of the Shrew (2002 OOBR Award for Excellence, New Perspectives) and Behind the Mask at Theatre Ten Ten.

Film credits include the role of Laura (lead) in Sleep Furiously and Off Track. Nicole is a graduate of the Trinity Repertory Conservatory and RADA, and has been studying the art of staged combat since 1995.